OUR BEGINNINGS WERE HUMBLE

Our organization, formerly known as the Association of Retired Professional Fire Fighters of Ontario, represents professional firefighters, retired on an OMERS pension.  We deal with issues pertaining to benefits, pensions, and any issues regarding a retiree. Our activities include dealing with concerns with local, municipal, provincial, federal governments, the OMERS pension plan and other retiree groups.

In the year 2000, we developed a Constitution, By-laws and Policies. We then attended a meeting with MROO (Municipal Retirees Organization of Ontario) and the police pensioner associations. It was decided to form a coalition of these groups to represent OMERS retirees. We have worked together and have become recognized by OMERS as representing OMERS retirees. We are charged with the selection of a retiree representative, from our coalition, to sit on the OMERS Sponsors Corporation (SC) as a board member. This is an important issue as it gives our retirees a representative role on the SC Board with a voice and a vote. We appointed Mr. Paul Bailey to the OMERS Sponsors Corporation in July 2010. Mr. Bailey is the President of the Police Pensioners Association of Ontario (PPAO)
We also have the opportunity to nominate a member to the OMERS Administration Corporation (AC). The current nominee to the AC Board is Mr. David Tsubouchi. He was appointed to the OMERS AC Board, effective January 1, 2015.

We meet twice a year on the second Monday in May and the third Monday in September and more often as required. The location of our meetings is announced prior to these dates.
​
This is a brief outline of who we are and what we do and we encourage all retired professional firefighters, retired firefighter organizations and professional firefighter associations to join us. It’s important to state that we were well respected and well represented when active and that need not change because we are now retired or soon to be retired. 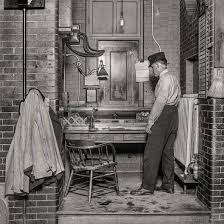